TiAnna Greene, who clicked photographs while on her way with her daughter for a summer camp where she saw a sweet gesture that made her day. When she stopped at a traffic light, she suddenly saw a Florida officer sitting next to a homeless man on a street curb offering him some snacks and a cup of coffee. Greene said, “What caught my attention was the fact she then pulled out food for herself and started to eat with him. She just seemed very, very comfortable.” She added, “I got my phone out and started snapping pictures because I was so overjoyed by the interaction.”

Greene soon posted those photographs on her social media page, as she was so impressed and wanted her friends to watch the officer’s kind act, “that seemed to come naturally for her,” she said. Her post went viral and within no time, the Ocala Department also shared the photos on their official social media pages. Greene said, “I didn’t know who she was but I wanted her to know that it touched me and I’m pretty sure it touched that gentleman.” She is happy that her 7-years-old daughter also witnessed such a kind gesture. “I told my daughter, ‘See. That is truly a sign of compassion,’” she said. “It brightened my day, and I had several good days after that one experience.” 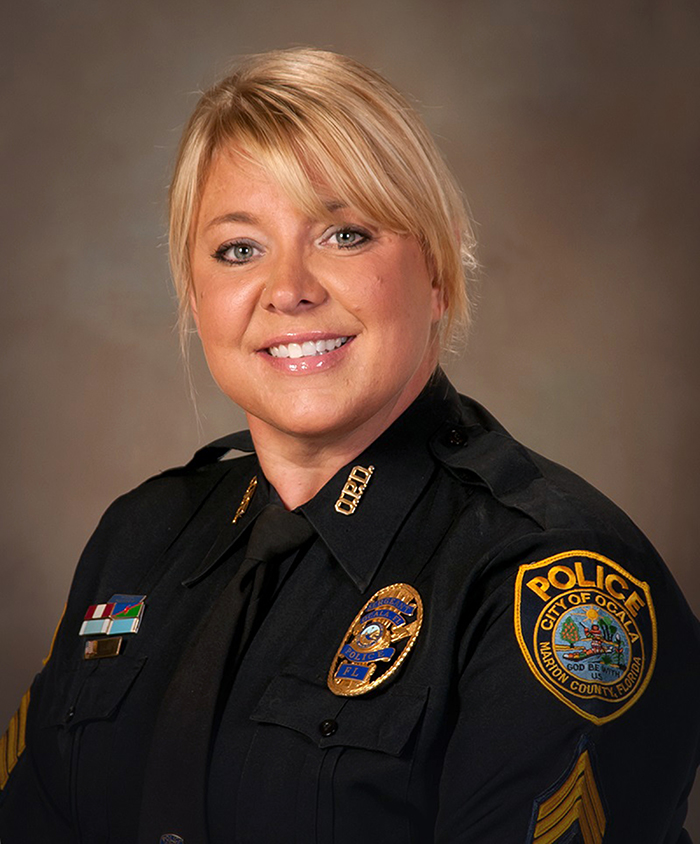 Sgt. Erica Hay was the officer who was in Greene’s photos. She told TODAY, on that day she was going to get breakfast at a local donut store when she saw the homeless man. Officer Hay said, “We’re not a large community so I know most everybody, especially the homeless in the area, but I didn’t know him.” She added, “He was just there by himself alone, so I just grabbed food and went back to eat with him. Nobody wants to eat alone.” she continued, “I like eating with anybody.” Hay described her good deed, that she was there just to simply help him as he was already having a tough time. 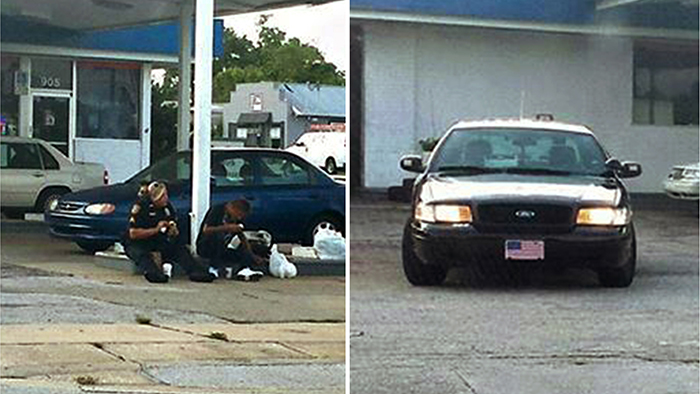 “Isolation is the worst part about being homeless. They’re isolated from everyone, and I think any type of interaction is a positive thing,” she said. “He was great. He was nice to talk to. He’s got a story, just like everyone else. It just happens to be a sad story.” Hay also tried to distract the spotlight back to Greene, with whom she has become social media friends, after that day. Officer Hay said, “TiAnna Greene is an amazing lady. I’m glad she took a minute out of her day to share something positive about law enforcement.” She continued, “I’m just glad that it’s helped others see officers in a good way. We all need that.” 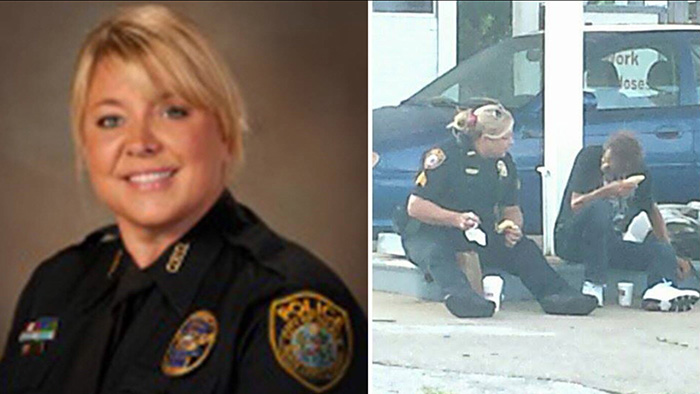 However, Greene suggests that it’s officer Hay who deserves all the acknowledgement. Greene said, “I just really wanted her to know that it touched me and I’m pretty sure it touched that gentleman.” “I just wanted her to know that she was caught doing something nice and I appreciated it. And it helped my daughter understand that not all officers are bad, that there are good people in all positions. It just depends on who’s carrying it.”

TiAnna Greene, who clicked photographs while on her way...

February being, Bl-ack History Month, gives everyone a chance...
SNPost