A kindhearted Michigan officer organized a heartwarming surprise birthday party for a 9-year old boy and made his birthday celebration an extra special. According to M live Thomas Daniel on his ninth birthday missed the school bus and started crying. He has been thinking about his birthday party and his invited friends for celebrating his birthday. 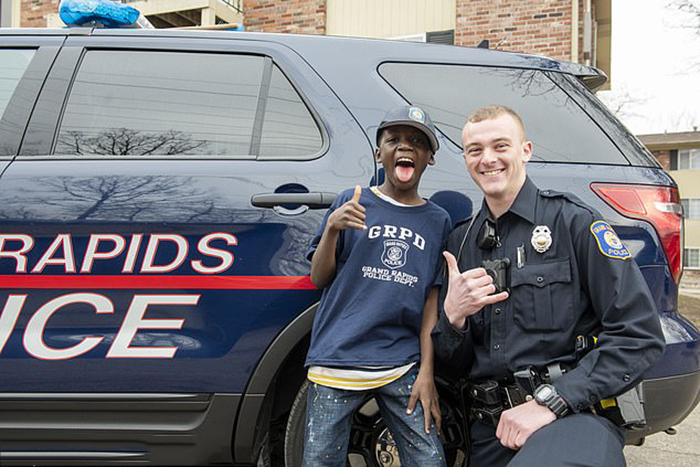 Thomas Daniel said, “I was sad I missed the bus, I just wanted to go to school.” A Michigan officer, Austin Lynema spotted the young boy crying and running after the school bus, which he has missed. Then he took permission from Thomas’s mother to take him to school. He said “He informed me he never missed a day of school. I wanted to make sure I could help him as much as I could.” 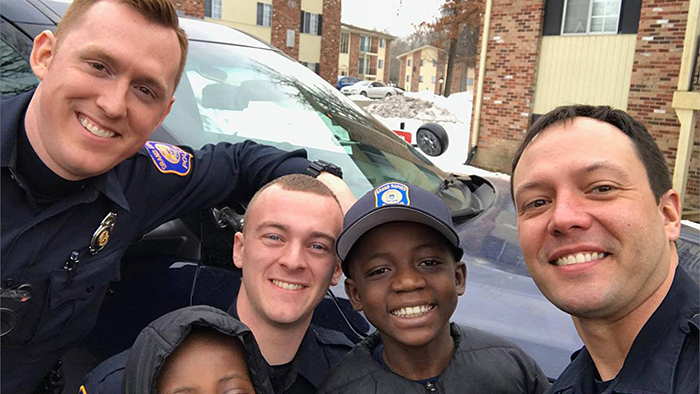 Later, when the officer was walking the young boy Thomas to school, he brought up that today was his birthday. He disclosed that he was upset because he feared that in the evening none of his classmates would attend his birthday party even after sending numerous invites and he was often oppressed by them at school. Thomas even invited the officer to his birthday party and when he reached the party, he found that unfortunately, Thomas’s fear came true. Thomas and the officer Lynema were the only ones attending the birthday party. 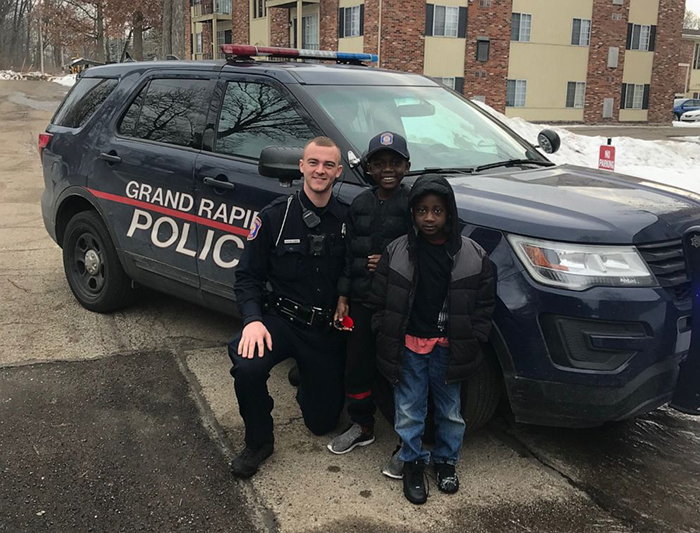 Thomas said, “When Austin came over, no one was at my birthday party because everybody has to go somewhere, to their friend’s house to play. I just love Austin because he is the coolest guy I have even met in my life.”

After seeing this, the officer decided to surprise the young boy. The next day, as soon as Thomas got off the bus, the officer arrived with his co-workers and brought presents, a personalized Krispy Kreme cake and a singing quartet to put a smile on the face of the young boy. Thomas said “This is the best birthday ever”. 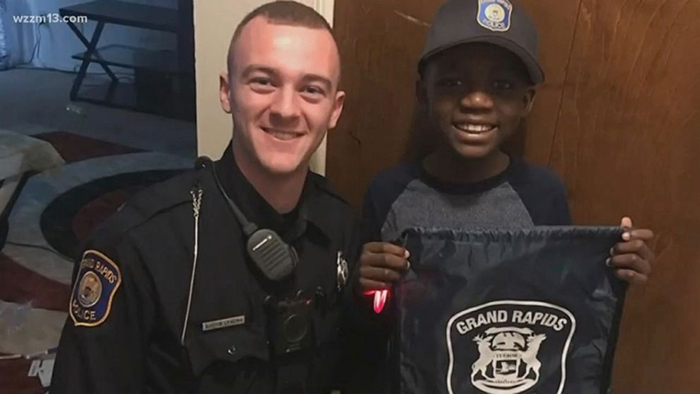 The officer shared the story on his social media page which went viral in few hours. The Grand Rapids officer Department posted on social media, “No kid should get bu*lli-ed and no kid should worry if anyone will come to the party. Next year, Thomas Daniel make sure you drop us that invite a little sooner. We wouldn’t want to miss it.” 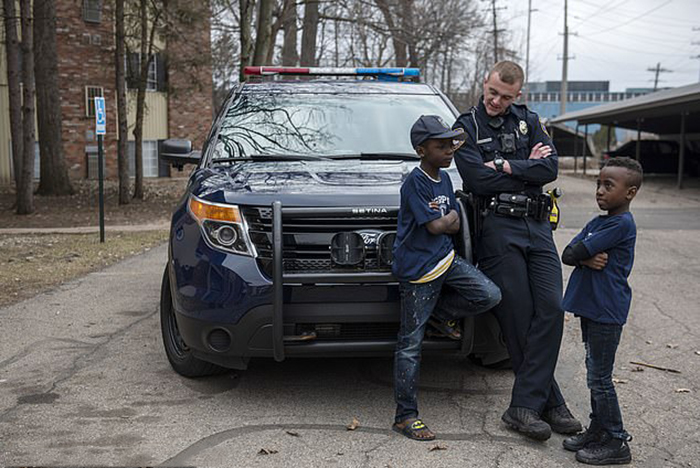 The social media users who saw the post were touched by the officer’s kindness and his thoughtfulness which had such a huge impact on the family. The users also went vocal about the kids who didn’t show up to his birthday party and how rude it was.

William – Bless my fellow Law Enforcement Officers this is how communities and po-lice should work together.

David – Great job and Hearts gentlemen. May GOD bless both of you guys.

Kathleen – Thank you officers for celebrating this young man’s birthday. Happy birthday to this little man and karma to the bu-llies.

Bianco – That’s what community po-licing is all about. Life changing moment for all involved.

Tina – Happy Birthday young man!! And God Bless the Officer for doing that!